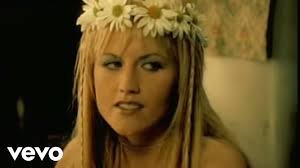 All living organisms are predispositioned to behave a particular way in certain situations; call it a base form. This reactionary core serves as a situationally dependent natural instinct that comes from the gut. As living things, this feeling, this impulse is both innate and individually exclusive.

That said, why does it seem that humans use the term ‘animal instinct’ when referring to a reaction that is, in some manner, negative? Blaming or defining one’s “uncontrollable” actions as simply your animal instinct is a massive cop out. It wasn’t you, it was your DNA; it was how you were born and raised; it wasn’t REALLY you. This is a load of animal you know what.

Instinct is defined as the ‘the inherent inclination of a living organism toward a particular behavior:’ sounds about right doesn’t it? The problem arises by adding the wild term that is ‘animal‘ to it. Attaching such a word allows for blame directed away from oneself.

The truth is, how you react to stimulus is a choice. Sure you might have an inclination one way or the other but to be human is to have the ability to choose how you let stimulus impact you. The next time you feel the ‘natural’ urge to claw, bark, urinate, imitate or attack an undesirable situation – don’t! It’s the animal instinct yes but you are a human so act like one.