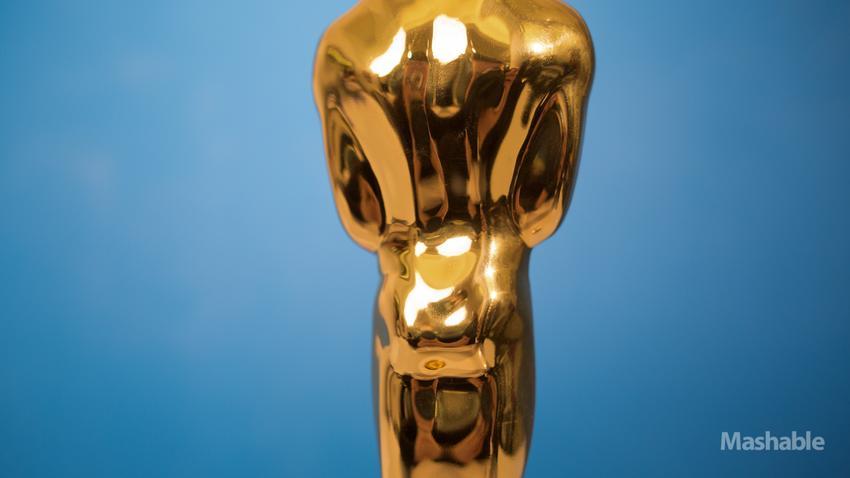 Updated with winners (in green)! 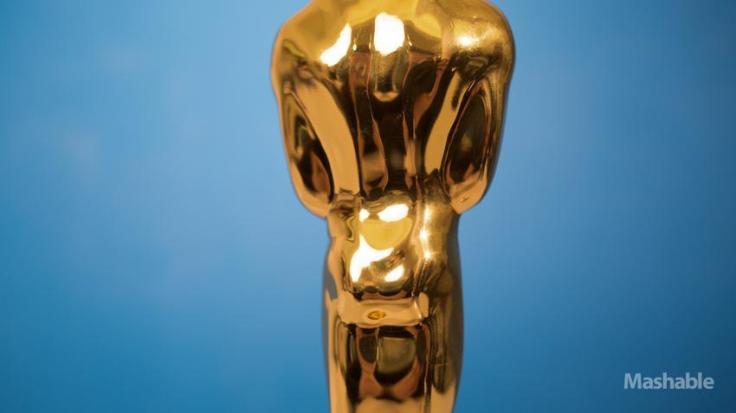 The Academy is in for a long night. The ballots have already been cast but the story has yet to be told. The different directions the night could take, and Monday morning water cooler conversations that follow, are as exciting as they are unpredictable.

Will members deliver a pleasantly surprising Lincoln domination and award the film a heavyweight sweep in many of the major categories (best picture, lead actor, director, supporting actor & actress)? Or perhaps Silver Linings Playbook will emerge victorious and win literally all the acting categories with a best picture or director thrown in to boot. Better yet, what if Amour make history and wins both foreign language film AND best picture? Oh the possibilities!!!

Sadly, even with all the opportunities and potential story-lines that abound, the truth is that the golden statues will likely follow the expected. Snubbed director Ben Affleck will probably have the last laugh as Argo wins the top prize and the rest of the awards will be divided out while no film truly “wins” the evening. Excitement might have crescendoed when the nominees, i.e. snubs, were first announced.

If viewers are lucky, at least one major surprise will be thrown in, not including Disney losing an animated category. Either way, if the evening is boring, just play Oscar bingo and get tanked playing Oscar drinking games. Entertainment is on the way regardless.

As for the following Oscar predictions, use the “What will win” section when filling out your (printable) ballot. And cross check it with the Huffington Post’s statistics-based doozy if you want to really ensure your victory. Note, a few of the categories are true toss-ups, so on those, just cross your fingers, drink your wine and you’ll be just fine!

BEST PICTURE: Amour, Argo, Beasts of the Southern Wild, Best Exotic Marigold Hotel, Django Unchained, Les Miserables, Life of Pi, Lincoln, Silver Linings Playbook, Zero Dark Thirty
What will win: Argo. Clear frontrunner after sweeping previous award ceremonies.
What ought to win: Lincoln. Darkhorse with a fighting chance.
What could win: Lincoln. No other movie has a real chance to unseat the favorite or the contender though Silver Linings Playbook has real momentum.

BEST DIRECTOR: David O. Russell, (Silver Linings Playbook), Behn Zeitlin (Beasts of the Southern Wild), Michael Haneke (Amour), Paul Thomas Anderson (The Master), Steven Spielberg (Lincoln)
Who will win: Steven Spielberg. No Ben Affleck makes the long-time Academy favorite the frontrunner.
Who ought to win: *Ang Lee. Lee made what was believed to be unfilmable book into a sweeping, beautiful tale. And after his Brokeback Mountain best picture snub, the Academy owes him one.
Who could win: Ang Lee. No other director has a real chance to unseat Spielberg but if it is anyone, it will be Lee.

BEST SUPPORTING ACTOR: Alan Arkin (Argo), Christoph Waltz (Django Unchained), Philip Seymour Hoffman (The Master), Robert De Niro (Silver Linings Playbook), Tommy Lee Jones (Lincoln)
Who will win: Robert Di Niro. Leader in a three horse race.
Who ought to win: Christoph Waltz. A pure joy to watch. Simply superb in Quentin Tarantino’s Django Unchained.
Who could win: Christoph Waltz or Tommy Lee Jones. All three of their supporters but Di Niro is an Academy favorite who hasn’t won, or been nominated, for some time. That said, it would be no surprise if any of the big three won.

BEST SUPPORTING ACTRESS: Amy Adams (The Master), Anne Hathaway (Les Miserables), Sally Field (Lincoln), Helen Hunt (The Sessions), Jacki Weaver (Silver Linings Playbook)
Who will win: Anne Hathaway. Massive, massive favorite and with good reason. Her brief appearance in Les Miserable alone was worth the price of admission.
Who ought to win: Anne Hathaway. She dreamed a dream and sang about it.
Who could win: Sally Field. Critical favorite who really delivered in Lincoln.

BEST ADAPTED SCREENPLAY: Argo, Beasts of the Southern Wild, Life of Pi, Lincoln, Silver Linings Playbook
What will win: Argo. Close race but here is your likely victor.
What ought to win: Lincoln. Drawn from and downsized from rich, layered text.
What could win: Lincoln or Silver Linings Playbook. Each could benefit, or be hurt by, the best picture nominations i.e. this is the consolation prize.

BEST FOREIGN LANGUAGE FILM: Amour, A Royal Affair, No, Kon-Tiki, War Witch
What will win: Amour. Beautiful film. No best foreign language film that has also been nominated for best picture has ever lost this category.
What ought to win: Amour.
What could win: None of the others. This category belongs to Amour though in the distance you can see No, if you use binoculars of course.

BEST CINEMATOGRAPHY: Anna Karenina, Django Unchained, Life of Pi, Lincoln, Skyfall
What will win: Life of Pi. Frontrunner with sweeping, truly impressive landscapes.
What ought to win: Life of Pi.
What could win: Skyfall. Cinematographer has 16 previous nominations and 0 victories, could be the emotional choice and is a viable alternative.

BEST ORIGINAL SCORE: Anna Karenina, Argo, Life of Pi, Lincoln, Skyfall
What will win: Life of Pi. Beautiful score carried a film that often had little more on the screen then a small boat, a tiger, a boy and the big blue ocean.
What ought to win: Life of Pi.
What could win: Anna Karenina. The film isn’t likely to win but the score of the film was critical to the literal staging of all the action.

BEST ORIGINAL SONG: “Before My Time” (Chasing Ice), “Everybody Needs a Best Friend” (Ted), “Pi’s Lullaby” (Life of Pi), “Skyfall” (Skyfall), “Suddenly” (Les Miserables)
What will win: Skyfall. NEVER bet against Adele. Never ever ever!
What ought to win: Skyfall. Not just a good but actually great title track for a film series that usually has underwhelming songs, sorry Madonna; Adele gets her statue.
What could win: None of the others.

BEST ANIMATED SHORT: Adam and Dog, Fresh Guacamole, Head Over Heels, Paperman, Maggie Simpson in ‘The Longest Daycare’
What will win: Paperman. Never bet against Disney. Not when they do this!
What ought to win: Paperman.
What could win: Adam and Dog. Helmed by an EX-Disney man, A&D a legitimate shot in this two-dog race but don’t be surprised if the innovative Fresh Guacamole takes the cake.

BEST SOUND EDITING: Argo, Django Unchained, Life of Pi, Skyfall, Zero Dark Thirty
What will win: Skyfall. In a race that is too close to call.
What ought to win: Life of Pi. The visual and sounds achievements were fantastic.
What could win: Life of Pi and Zero Dark Thirty have equal chances to win in this true toss-up of a category.

BEST VISUAL EFFECTS: The Hobbit: An Unexpected Journey, Life of Pi, Marvel’s The Avengers Prometheus, Snow White and the Huntsman
What will win: Life of Pi. Massive favorite for all things visual. See tiger.
What ought to win: Life of Pi.
What could win: No else has a real shot. Though it would be cool to see Snow White or Thor accept an Oscar.