I love Nike. I love the logo, I love the history of the brand and I love their constant, innovative focus on performance which is why it saddens me to say the following statement: Adidas just whooped them. The long-time rival stepped up and delivered a bright yellow knock out punch.

Pictured to the left is UNC grad Harrison Barnes. He is a professional athlete who plays for the fresh-faced Golden State Warriors. He is a young, talented and key member of an ascending professional sports team that is gaining confidence as they look to make a serious title run this season and beyond. I couldn’t care less about any of that, I care about what he is wearing in this picture.

The reason I’m intrigued is simple, Barnes plays in the National Basketball Association (NBA); this is significant because NBA teams have never worn  jerseys with sleeves in the modern era. You might see on occasional player where a t-shirt or, an NBA sleeve, under a jersey but you never a jersey that has sleeves of its own. This isn’t a problem but it is certainly a massive opportunity.

Enter Adidas. Not only do they get points for a great jersey design, they get points for changing a conversation in impressive fashion. The jersey is light, performance driven and has tested favorably in-game situations. In fact, it will be worn by the team tonight and I’m excited to see what the reaction of the league will be. No company, or team, wants to be second but Adidas, through the Warriors, have come out to play as the first-movers. I wonder if they timed it to be released during NY Fashion Week. I will have to give them the benefit of the doubt

NBA teams are known for experimenting with jerseys but using alternate, off-color ones or the hated beloved throwbacks, but add sleeves adds an entirely new range of possibilities. Image Michael Jordan wearing his iconic red bulls jersey, with sleeves or Allen Iverson in a crisp, white home jersey that has sleeves – it would be incredible. Sure Iverson wouldn’t appreciate hiding his tattoos but cutting edge is cutting edge and no one wants to be late to the image game.

Also, the added value of buying a jersey with sleeves is worth Adidas leading this revolution on its own. It is fun for fans to own the team jersey but only in the NBA can, or now could, you not buy one with sleeves which can be quite unpractical and annoying. Better yet, let Adidas take it further and make a long sleeve jersey that would be reminiscent of great soccer jerseys, which these do resemble, that fans love to wear. Maybe that is too far and too impractical but so were short-sleeved jerseys.

Maybe I should have expected this from Adidas long ago since they make great, similarly styled professional soccer jerseys, as you can see Fernando Torres wearing/enjoying his long-sleeved Chelsea blue Adidas jersey above, but I didn’t. All I know is, the game has changed and the result is that the NBA, and basketball as a whole, will soon be getting a makeover.

The opportunities are endless and the game is now changing thanks to the bold innovation of, of all companies, Adidas. For example, there has been talk about adding advertisements to NBA jerseys in the past and though it has been tabled for now, this new jersey opens up more space to display ads. Professional soccer teams do it and thrive so why not the NBA?

And after the NBA, why not the NCAA and beyond. I fully expect that when I cheer on my Ohio State Buckeyes during March Madness that Nike will have followed suit and dressed them in sleeved-jerseys, Adidas style. Nike change the game fashion-wise years ago with the form-fitting top and baggy shorts but Adidas too it to a entirely new level. Game on! 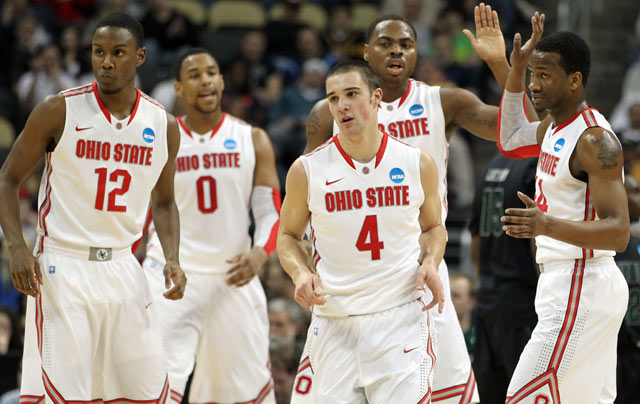