Each Monday for the past several weeks, I have been publishing one section of the biography on my father I created in collaboration with over 30 contributing writers. Each story in each section brings a unique perspective about my father. Last week I shared part 8 of the writing project that focused on my father’s life in Italy while working with the United Nations. This week in part 9, the focus is on my father’s life in living back in the United States. Enjoy!

CALVIN:
A LIFE IN STORIES 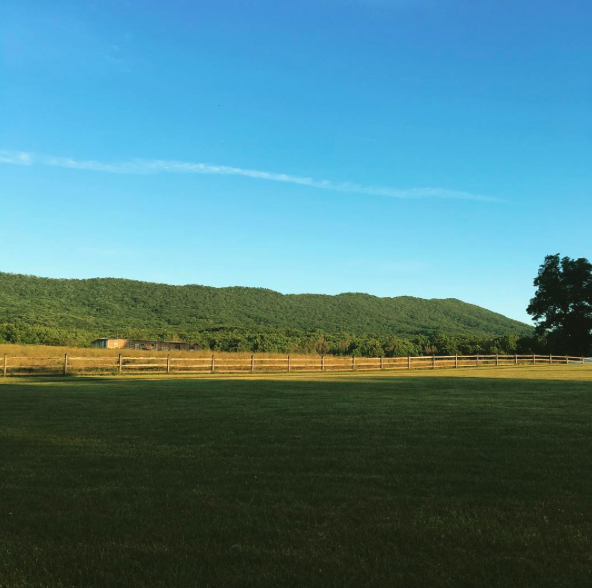 Hidden Meadow Farm (HMF) is an intentional community that formed about 36 years ago on 63 acres of land in Keezletown, Virginia, just outside Harrisonburg where Eastern Mennonite University is located. The venture was certainly influenced by idealism, counter-culturalism, and the “back to the land” movement of the 1970s, but it evolved slowly.

The initial partners, all friends from Eastern Mennonite, hoped to live in the country affordably, grow gardens, and raise families with neighbors they knew and trusted.  It took a number of years to find property, secure financing for the purchase, and forge a partnership agreement, and my husband Robert Maust did much of this exploratory work.

After purchasing the land in 1979, the founding partners set up four farm operations that included:
1) the land and its maintenance
2) general operations like roads, fences, wells, and septic systems
3) caring for and selling Black Angus cattle
4) an orchard and beehive operation, which declined and became less active

Partners would share labor to maintain 25-35 head of cattle and the farm operations. With the exception of the orchard and beehives, these operations have continued as designed in the original plan.

The six original partner families moved to the farm and built their homes over many years, from the early 1980’s to the mid-1990’s. The original partners (in order of their move to the farm) were Mike and Anita Sarco, Mim and Joe Yoder, Merle and Robert Mast, Robert and Gretchen Maust, Tim and Ann Brenneman, and Alta Brubaker and Wayne Teel. Each family waited until they had stable careers, had begun their families, and were financially able to build. They built their houses around a central meadow, and each house has a fireplace built of rocks from the farm. A picnic pavilion was added later.

Over the years, the Sarcos and Brennemans families left the partnership for personal reasons, while other families joined, like Heishmans in 2000. Overall, HMF has been successful as a community, despite inevitable challenges and changes, perhaps because we partners have learned to be flexible and to adapt to change. HMF is an eclectic group, but the trust and friendships that has been built continues to be invaluable. Today HMF continues much as it was originally envisioned.

Fast-forward to 2015 when the families of Hidden Meadow Farm were delighted to have Calvin and his wife Jan join our intentional community as partners. We’d had a house and partnership share available for some time and were looking for new partners. Mutual friends – Karen and Marty Miller, who had served with Calvin and Jan in Bolivia – told us Calvin and Jan were seeking a community as they relocated to the U.S. after 12 years living in Italy.

We had a renter in the house, so when Calvin first visited, he saw a house that wasn’t very clean and in need of repairs. At our potluck, which he attended to get to know everyone, we peppered him with lots of information about our partnership and community. When we talked with him next, he cautiously told us that, although he was very interested in the partnership, he was less excited about the house; and that he and Jan were considering a number of options. So for a while we didn’t know if the fit would be good for them. We realize that it took a real leap of faith on their part to decide to join our intentional community, to negotiate and work along with us to fix up their house, and to unpack their household and settle in this summer.

Calvin and Jan, who have now lived at HMF for the past year, have been a wonderful addition to the Hidden Meadow Farm family. They have both pitched right in with farm tasks and potlucks. They’ve worked hard on their house and landscaping, which now look better than ever. They even planted a garden. Calvin and Jan have been easy to get to know, and they have delighted us all with their kind, caring, and generous natures. We have loved hearing stories from their rich life experiences and have benefited from the expertise and general knowledge they both bring from their personal and professional lives, which they share freely. We all feel trusted and embraced by Calvin and Jan. We hope they feel the same.

Earlier this summer on the second weekend in June, my siblings and I all made the trip out to Virginia to visit my parents and see their new house in Keezletown. The long weekend was intended to be a perfect opportunity to see how my parents had settled into their new lives in the United States, to catch up with each other, and to see our grandfather who was visiting from Pittsburgh.

My sister, who lives nearby with her husband and two children, were the first to arrive. My wife and I drove down from Boston, stopping in Philadelphia to pick up my youngest brother Lucas, and arrived next. Soon after our arrival, my other brother Nathan and his wife arrived, but their trip had been far more adventurous. While they were en route, a semi-truck had hit a low hanging tree branch, causing it to fall. Unfortunately, the branch landed squarely on my sister-in-law’s car, which had been directly behind the semi. Miraculously it left only a massive dent in the hood and a few scratches, while somehow managing not to shatter the windshield. We all should have taken this incident as a bad omen.

The weekend proceeded as expected from there, with a lot of family time spent catching up, grilling outside, telling stories and playing games, which obviously included Ping-Pong, because of course the new house had a room dedicated to it. We didn’t notice that later in the evening, when my father excused himself from playing board, something was actually wrong. He doesn’t usually play board games, and he loves naps, so excusing himself is far from cause for alarm.

The next morning at church, I was seated behind my father and when we all stood up to sing, he was the last one up. Thinking he had fallen asleep, I leaned forward and, with a grin, whispered that even my grandfather had stood up faster. He didn’t really respond. The next day, my Nathan and his wife left and everyone else hung out in downtown Harrisonburg, catching up with friends. It was then that we learned from our mother that our dad had a perforated appendix. He had complained of pain to my mother, they had gone to Emergicare to get it looked at, and had been sent immediately to the E.R. How long the appendix had been burst was a mystery.

It was that night, while we impatiently waited for news at the hospital while my dad was in surgery, with his life literally in the balance, that I started thinking about his life and how incredible it had been, and would hopefully continue to be. It made me think about everything he had accomplished, and about that hero project I had never written exploring his accomplishments and experiences. I realized that I wanted – no, needed – to dig deeper and really learn and appreciate a man that I was (am) happy and blessed to call my father. He is a hero to so many, and his story was something I wanted to help tell.

Though it wasn’t an easy recovery (what is an ileus?!?), my dad did recover fully. His history of getting hurt (breaking his nose, banging his head, breaking his arm, getting in bike accidents…) is hard to fully comprehend, but as of writing this, he is again healthy enough to begin traversing the world for his tireless consulting work, as well as the treacherous bike trails across from Hidden Meadow Farm. 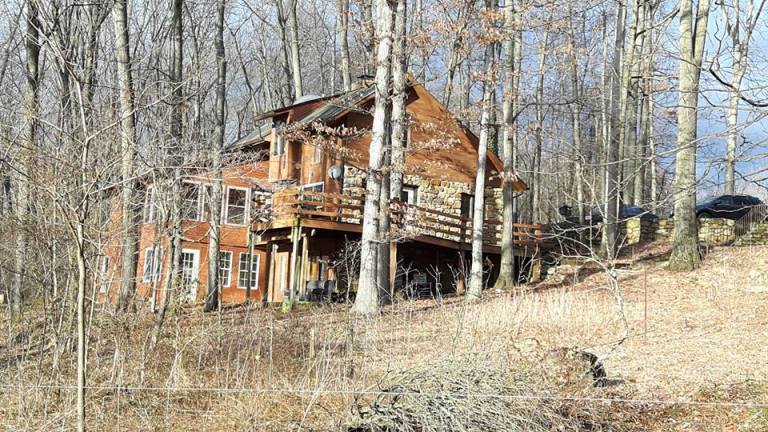 One thought on “Calvin: A Life In Stories: Part 9, Virginia”