As a proud Bostonian, here is my experience during the sad Boston Marathon weekend… 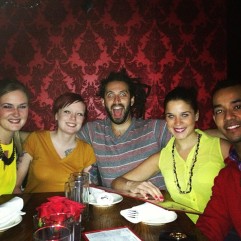 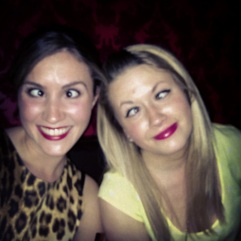 Late Saturday evening, I headed to downtown Boston to meet up with friends. My friend Maria had suggested Lolita, which I had been to before and I knew to be great, so I headed there. As I got off the T at Copley to meet everyone, I noticed how different Copley Square was since it was so quiet and serene. I hadn’t realized that Boylston Ave. had been already been shut down in preparation for a few races on Sunday and, of course, the Boston Marathon on Monday. The finish line was already set up, random people like myself were walking in the middle of a normally busy street and it was surprisingly, and now eerily, quiet. Before I headed to Lolita, I noticed the big, empty, doorless white tent, which I assumed was for recuperation food for runners post-race but I know now it was to be the medical tent. Sad. 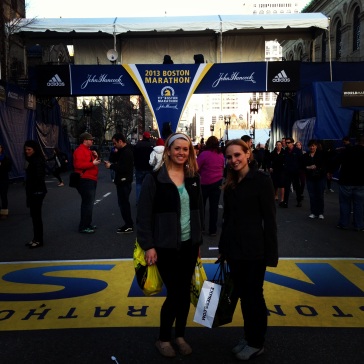 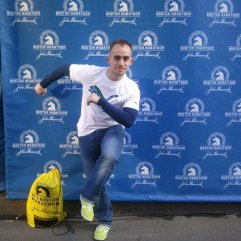 After heading to the big pre-race Runner’s Expo at Hyne’s Convention Center, which was filled with the fervor that only a big race can bring, I found myself back at Copley Square. This time I was with my wife Alana and my friend Kristina. We had eaten too much protein, courtesy of all the fuel-packed food samples at the Expo, so we decided to walk over to the marathon finish line. I remember thinking Copley was interesting the night before, but I wanted to see it during the daytime. We unwittingly passed by what would be the site of a horrific act and I remember thinking how cool it would be to cheer everyone on as they finished the grueling 26.2 miles. Having run the Richmond Anthem marathon in the fall, my first and probably last marathon, I knew how far support could go and I wanted to be part of that epic final moment. By the time we had walked to Copley Square, we had paused, like everyone around us, to take pictures of the last 0.2 miles of the race, pose in front of the finish line and just revel in the accomplishment of the brave runners to come. We took more pictures as we stood near the front of the medical tent, now fully doored and secured, as we just soaked it all in. Copley was packed with people like us, as well as all kinds of tents and trailers, and everyone seemed so excited. 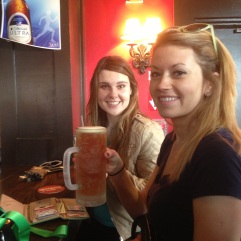 With my wife working downtown a few blocks away from the finish line, I decided watch the marathon with a few friends closer to my house. Cleveland Circle, located at mile 22 and immediately after the iconic “heartbreak hill,” seemed like a perfect place to hang out and cheer on the runners as they entered the home stretch. After cheering and hanging out, my friends and I decided to grab food and go back to a nearby apartment and take a break. As we ate, we could continually hear the cheering as runners kept coming. Then my friend Emily got a text from another friend mentioning something about a bombing. Confused, everyone started looking at Twitter and sure enough, it was true. Before all of the heartwarming texts, calls and messages began pouring in from concerned friends and family, I remember thinking how weird it was that I could still hear all the cheering for runners who had no clue what had just happened. Mile 22 was my personal toughest stretch during my marathon and like all the runners just outside, their minds were surely on finishing strong. I won’t forget that moment or this day. A day that should have been about celebration quickly wasn’t…

This horrific act during such a peaceful, fun atmosphere is still difficult to comprehend and it will take a long time to heal. Barack Obama has already called this a terrorist act (how could it not be?) and we are all left angry, confused and looking for answers. I don’t know what kind of answers are out there, but when bombs are loaded with nails and sharp objects at ground or “leg” level during a marathon, no answer will be good enough. The aftermath has shaken us, enraged us and united us. The will, resolve, compassion and unity shown by everyone after the explosion is reminiscent of the heroes of 9/11. I am impressed by the supportive reaction of friends, family, acquaintances, seemingly everyone on social media and even late night comedians who were in the tough position of making us laugh last evening; the overwhelming support is encouraging and I sincerely hope we continue down this path as one. The act was senseless and unforgettable; how we continue to proceed is up to us and based on what I’ve seen already, united we stand and together we move forward. In God we trust.

One thought on “#PrayforBoston”