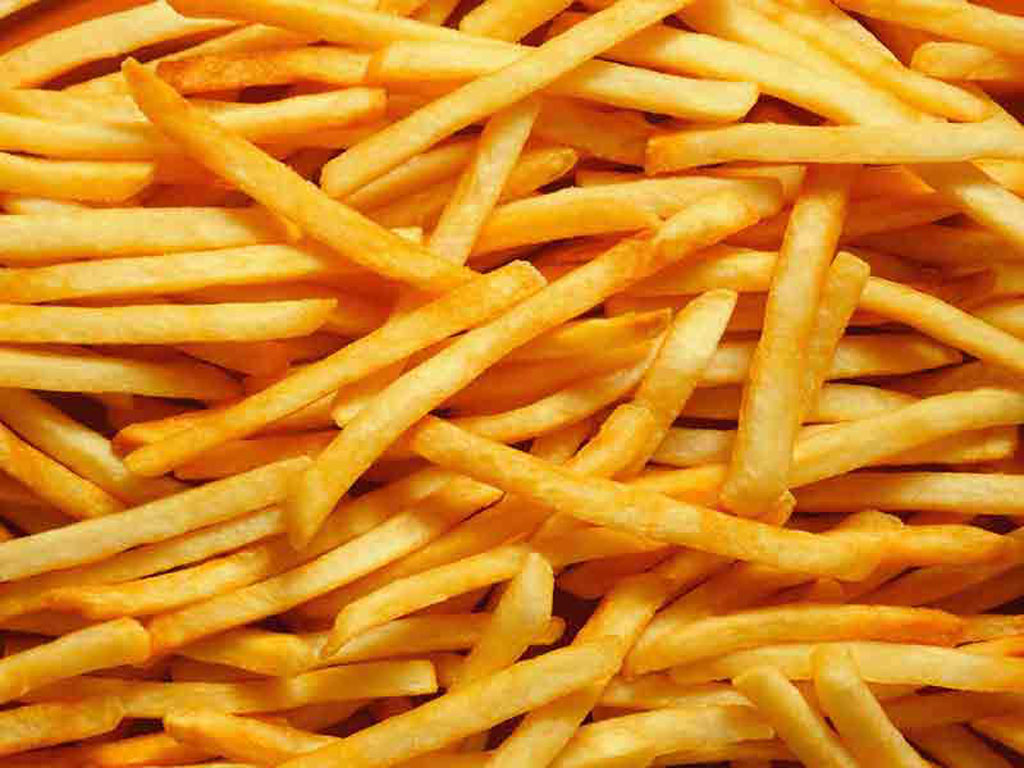 Today, all one hour you’ve been awake of it, already sucks. You hit snooze too many times on your alarm clock so you are instantly running late. As a result, you barely have time to put on clothes, splash your face and remember your iPhone as your sprint out-door. Your luck worsens as you just miss your bus causing you to wait at the frigid outdoor stop ever so impatiently for the next one. After what feels like hours you are finally sitting in a cramped seat as you head to work. Tired and annoyed, you wish today was over until something happens. Your senses go bananas as warm, comforting aroma embraces you in a massive bear hug. Alerted and excited you look around to find the source and then, BAM!, there it is. The most attractive person you’ve ever seen is holding a greasy, crumbled up bag of olfactory nirvana. You lean closer and are quickly rewarded by the intoxicating scent of the one, the only, McDonald‘s french fries. Instantly drooling, you look up at this human god and simply ask, “um, can I have a fry?” 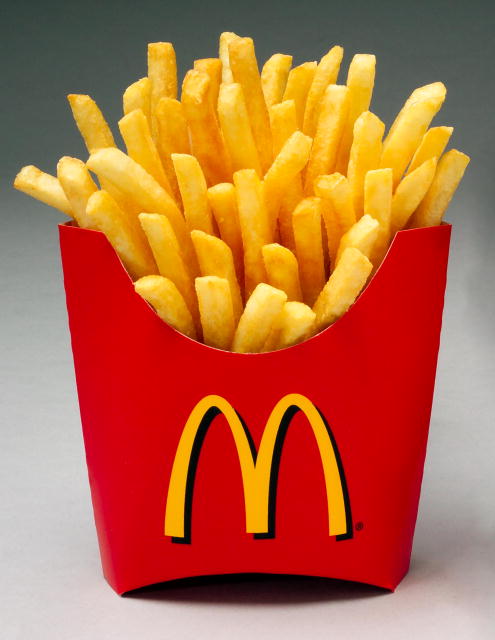 So, do you want a french fry? Are you now hungry for one, just one tasty little french fry? Perhaps you perk up to other scents like that of a freshly baked bread, just-out-of-the-oven cookies, still-slightly popping popcorn, steak sizzling on a grill, a crisp baked potato, dark-roasted coffee that is still brewing or maybe your prefer the sweet smell of glazed donuts.  Regardless of your target “smell,” it is likely that you have a trigger that can instantly take you from belly-bustingly full to hungrier than a shark in blood-infested waters. Smell is a powerful tool that, if harnessed, can be utilized to to fill the pockets of food industry executives everywhere. Words can be very effective, pictures can be appealing but it is smell that can really impact desire. Smell can sell.

If smell-vertising is the solution or means to an advertising end, then the problem is a simple one: how? Technology is advancing by the nanosecond there is yet to be an app, a commercial or website that fully corrals aroma. Perhaps a guerrilla marketing technique could be used to hire workers to dress in street clothes and just walk, metro or bike around cities with french fries in hand. It’s an idea but it wouldn’t reach mass audiences. But, imagine if there was an app that allowed you to smell sample food before you decide to make reservations or a Super Bowl ad that made you need to have a slice of delicious Papa Johns or, best of all, a smell-capturing website that gave consumers that power to nasally taste test food before pinning it to Pinterest. The possibilities are endless.

In early 2012, Canada based McCain Foods started a scent advertising campaign in the United Kingdom. Their method wasn’t technology based in the sense that they used television, radio, phone or internet. What McCain did through JCDecaux, the consistently innovative U.K. based international advertising agency, was target bus stops with mounted fiber-glass potatoes that could be activated by bus patrons. The activation ‘turned on’ the potato causing it to warm up and release a baked potato scent. Though the campaign was a costly 2.2 million, it did target the memory-inducing remember-it-later smell which is a key factor.

What is your first reaction? The creative approach that McCain is taking can be easily appreciated while equally offensive to the weary traveler who just wants to wait for the bus in peace. Whatever your stance, McCain is clearly on the innovative fast track that is just the beginning. If/when they and other food-based companies take smell-vertising even further, consumers will be left helpless. It is difficult to tune out all advertising since it can be visually stunning, audibly stimulating and fully interactive but a lot of it can be tuned out. How do you tune out smell? 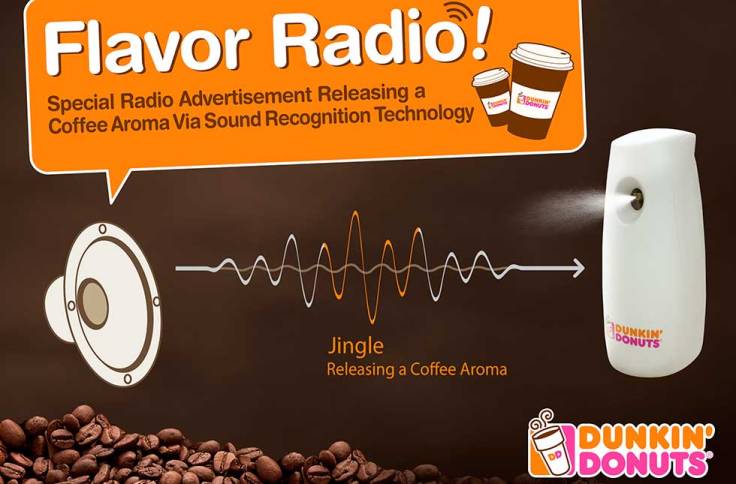 Boston based Dunkin’ Donuts has also experimented with scent advertising. Like McCain Foods, Dunkin’ Donuts targeted bus travelers but they used a different method created by ad agency Cheil Worldwide. The plan, which you discover in great detail through the case study, was multifaceted. It involved aroma dispensers on buses that were triggered by a radio jingle. When the jingle came on, the dispensers released a Dunkin’ Donuts aroma that attacked the olfactory senses that, when paired with purposely placed posters to nearby store locations created a significant increase in sales. The success further exemplifies the possibilities available to smell-vertising.

Where will the next great idea come from? Ad agencies are beginning to scratch the surface of scent advertising but there is still and endless amount of room for growth. Both McCain Foods and Dunkin’ Donuts used agencies that delivered an aroma distribution methods targeted at bus passengers in real world situations. What is needed to take this marketing format is to move into new, online-based distribution models that will have a longer reach. The online market potential is enormous but, for now, the proverbial iceberg has at least breached the surface. The tip you smell is wonderful but the oven is on high and customers need to brace themselves.

Smelling perfumes in magazines or potatoes at bus stops is nothing compared to what will soon arrive. Just think, what can a global giant like McDonalds do with the intoxicating aroma of their french fries? If the greasy and enclosed french fries of a single stranger can snap you out of a morning funk by alerting your senses, what will happen when an agency takes hold of the idea through a strategy not yet developed. Whether you like it or not, the age of smell-vertising is upon us. Sniff sniff…