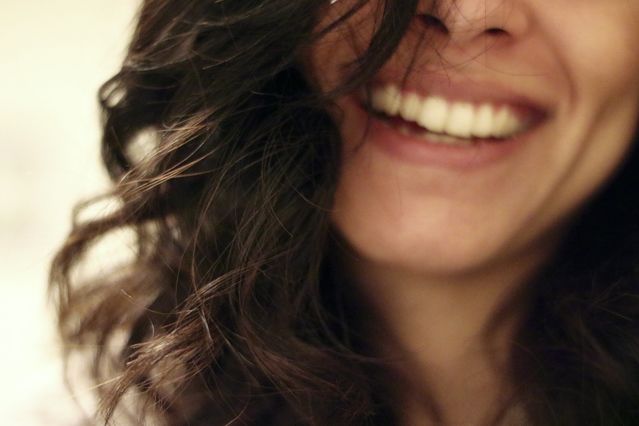 The first time they met, Emily was positively disgusted. The uneven rolled socks and unkempt hair were distracting, but it was the didactic drivel that rolled off his tongue that was even worse. How could someone that attractive be that unaware and uncaring? Any amount of self reflection would easily remedy the gross physical representation. And any amount of just shutting the fuck up would allow for at least a semblance of a chance that his perfunctory diatribe could be improved. Fully repulsed, Tamara was sure that this first meeting would be the last.

The first time they met, Sam was positively enamored. Her carefree demeanor and easy laugh were captivating, but it was the lively sparkle in her eyes that he fell for instantaneously. How could someone that lovely be unattached? His nervous tendency to ramble and appear impressive should have been no mystery to him, but obliviously he couldn’t help but carry on long into the night. Fully hooked, Sam knew it was all he his absolute duty could to keep this lovely creature entertained, now and forever.

“Isn’t that that guy you had that awful date with?” Janice asked?

Looking past her friend’s outstretched finger, Emily realized that is was indeed Sam the annoying talker. It had been years since their horrendous blind date and she hadn’t thought about him for one second after. Looking at him now it was obvious that it was him, but much had changed. Gone was the general sloppiness and aura of straight blah and in its place a quiet confidence that emanated clearly.

“Remind me again what was wrong with him? He looks pretty great from here? Or is he one of those pretty from far away types?”

“Well, what was wrong with him was everything. Honestly, he was gross and quietly aggressive with his incessant talking. Just off putting. I think I even texted you ‘9-1-1’ at one point during that date, or was that another guy?”

Pausing for second before responding, Janice took one last glance and said “Kinda think it was him. The socks guy, right?”

“Right! It was just gross,” proclaimed Emily, “Anyway, we only went on that one terrible date and I just ended it, though he did try pretty hard to set up another date. If I showed any kind of crack in my strong no! he would have finagled getting a coffee or something, but I was not interested. Oh, and he definitely stalked me on Instagram for a bit. It was like he was in love me or something.”

“I mean, from what I’m seeing, he could stalk me. Still have his number?”

Why didn’t he look as repulsive? He did still have the aloof attractiveness she typically found appealing, but something had changed. The Sam she saw across the street appeared to be in an easy, even casual conversation, the kind you hope for in a first or any date. Emily realized she was beginning to stare a bit..

“Hey Tam! Wake up much? DO. YOU. STILL. HAVE. HIS. NUMBER?” Janice asked again loudly after an annoying loud snap of her fingers.

“Oh, sorry,” replied Emily sheepishly, “I don’t think I do. I’ll pass it along if I find it.” Though she knew if she did have it that she would not pass it along. It had become clear that what had changed was her. Casting one last glance in his direction, she realized that Sam was kind of half-waving in her direction. Fuck?

As his co-worker headed back into the office, Sam sat down on a street bench to finish the rest of his sandwich. Lunch breaks were never long enough, but they did at least give the opportunity to get outside the office and get some fresh air. As he sat, he noticed two women roughly his age awkwardly looking in his general direction. Assuming that they were looking at the food truck, Sam dismissed it quickly. It didn’t take long to for Sam to realize that they were definitely looking at him with some pretty weird facial expressions.

Finally looking back for the first time, Sam realize who was looking at him. It was Emily, THEE Emily. Trying not to show his growing excitement, Sam lifted his hand in the most casual and deliberate wave of his life. When her hand replied in kind, he knew the door was again open. Something had changed, and it wasn’t him.